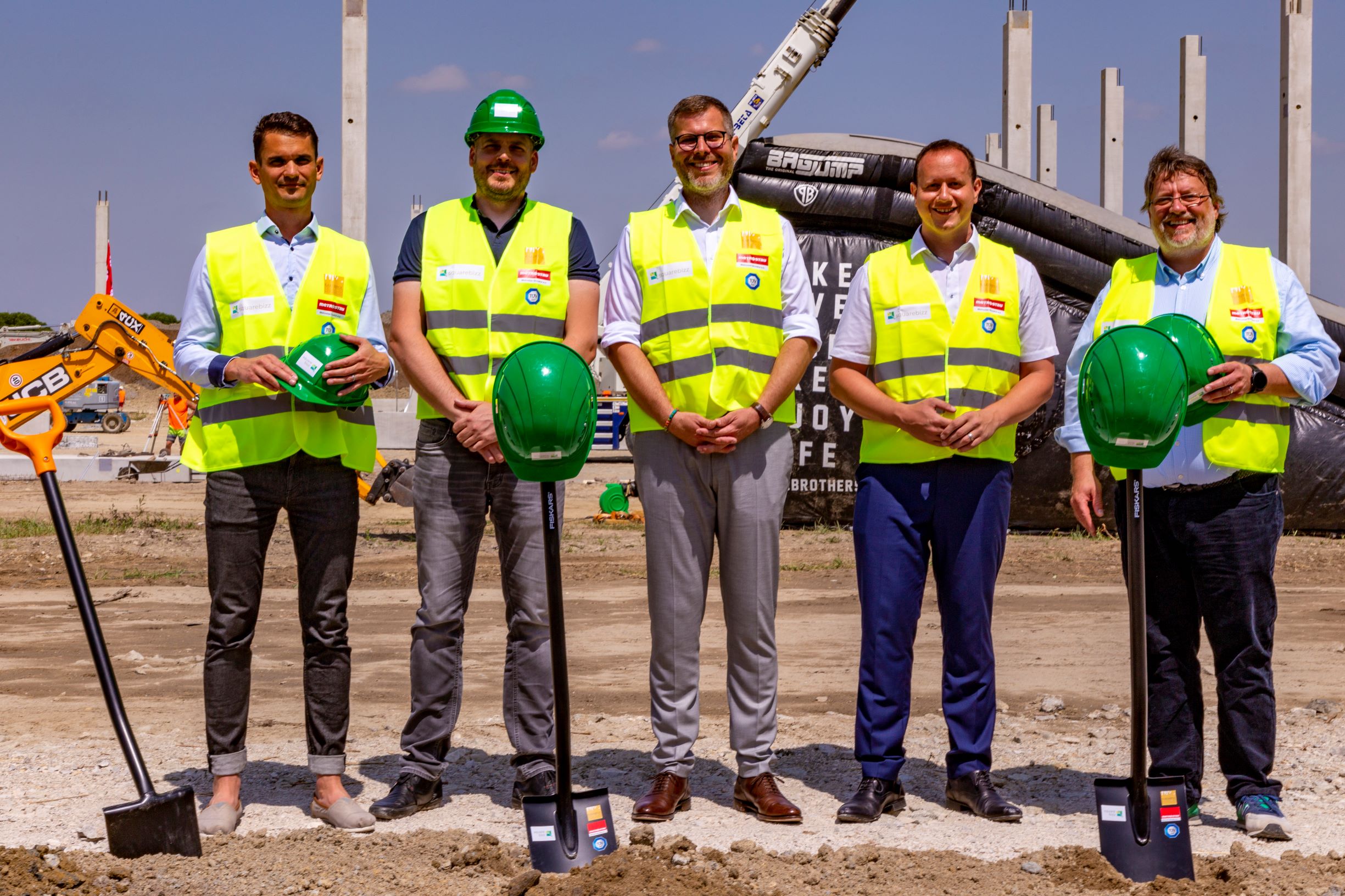 The first stage will consist in the construction of 15,000 m2 of state-of-the-art premises in a new Work.Shop.Store concept which represents flexible and functional retail-warehousing and exhibition premises small and medium-sized enterprises.

BRATISLAVA, 1 July 2021 – On June 29, with representatives of Karimpol, TÜV SÜD and Metrostav and the mayor of Devínska Nová Ves city district present, a ceremonious excavation officially launched construction works on a new project of Karimpol Group, an Austrian development company which introduces a new Work.Shop.Store concept within the Squarebizz project as a combination of modern and flexible retail-warehousing and exhibition premises.

It is the first project in Slovakia focused on SMEs, offering them high-quality and energy efficient premises.

“Our goal was to build a park which will push business to a higher level and provide a truly representative space which meets all modern and environmental requirements. We are focused on local SMEs which we want to support and strengthen,” says Edik Plätzer, a partner in Karimpol Group. As a part of the project the company will help create from 300 to 500 new jobs in the region. “Work.Shop.Store are three words which best characterize the essence of Squarebizz. The project offers a possibility to tailor-make a representative, functional and modern space and thanks to its location in Bory it brings B2B or B2C customers an excellent accessibility and quick connection to the existing transport routes,” adds Plätzer.

“Future tenants may have their business here under one roof without the need to ensure logistics between the warehouse, office and store or showroom. Strategic connection to the motorway and a lucrative location represent only another bonus. The first stage of the project will bring 15,000 m² of state-of-the-art retail-warehousing and exhibition premises with an office capacity of as much as 2,000 m² in three halls. The project also strives for environmental responsibility, namely through implementation of green roofs, rainwater retention system, heat recovery system and high energy efficiency. We are also committed to plant over 160 trees in the Squarebizz Bory area,“adds Peter Šmitala, Project Manager at Karimpol Slovensko.

In addition to the official start of works, at the event the representatives of Karimpol also introduced the first tenant of the Squarebizz project, an important international company TÜV SÜD which has been providing expert services in the area of quality, safety and inspection for more than 150 years. “We are leaders in the provision of technical inspections of vehicles at several markets abroad and we are bringing the service also to Slovakia in 2022. We are bringing a modern and technologically advanced operation of a technical, emission and originality inspection station,” says Martin Tichý, the Division Manager at TÜV SÜD Slovakia.

About the Squarebizz project
The first stage of the project consists in the construction of 15,000 m² of state-of-the-art retail-warehousing and exhibition premises with an office capacity of as much as 2,000 m² in three halls. Stage 2 is also planned for the Squarebizz Bory project, offering further 15,000 m2. The project has a strategic location in Bory Bratislava with an excellent connection to road infrastructure with directions to the Czech Republic, Austria and Hungary. With direct connection to a motorway bypass, you can get to individual parts of Bratislava practically within a few minutes. There are two international airports nearby. More information about the project may be found on www.squarebizz.sk

About Karimpol
Karimpol Group was established in 1991 with an aim to develop commercial and residential real estates in the CEE region, mainly in the Czech Republic, Poland, Slovakia and Austria. All shares of the Karimpol Group are private-owned without any external sources of capital. Such independence together with long-term relationships with building companies and banks enables Karimpol to work quickly and efficiently. The company has successfully completed a high number of projects in the office, retail, logistics and residential sector with a total leasable area exceeding 500,000 m². Other approximately 250,000 m² are currently in different stages of construction and implementation. More information about the company may be found on www.karimpol.com 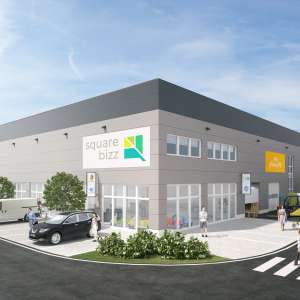